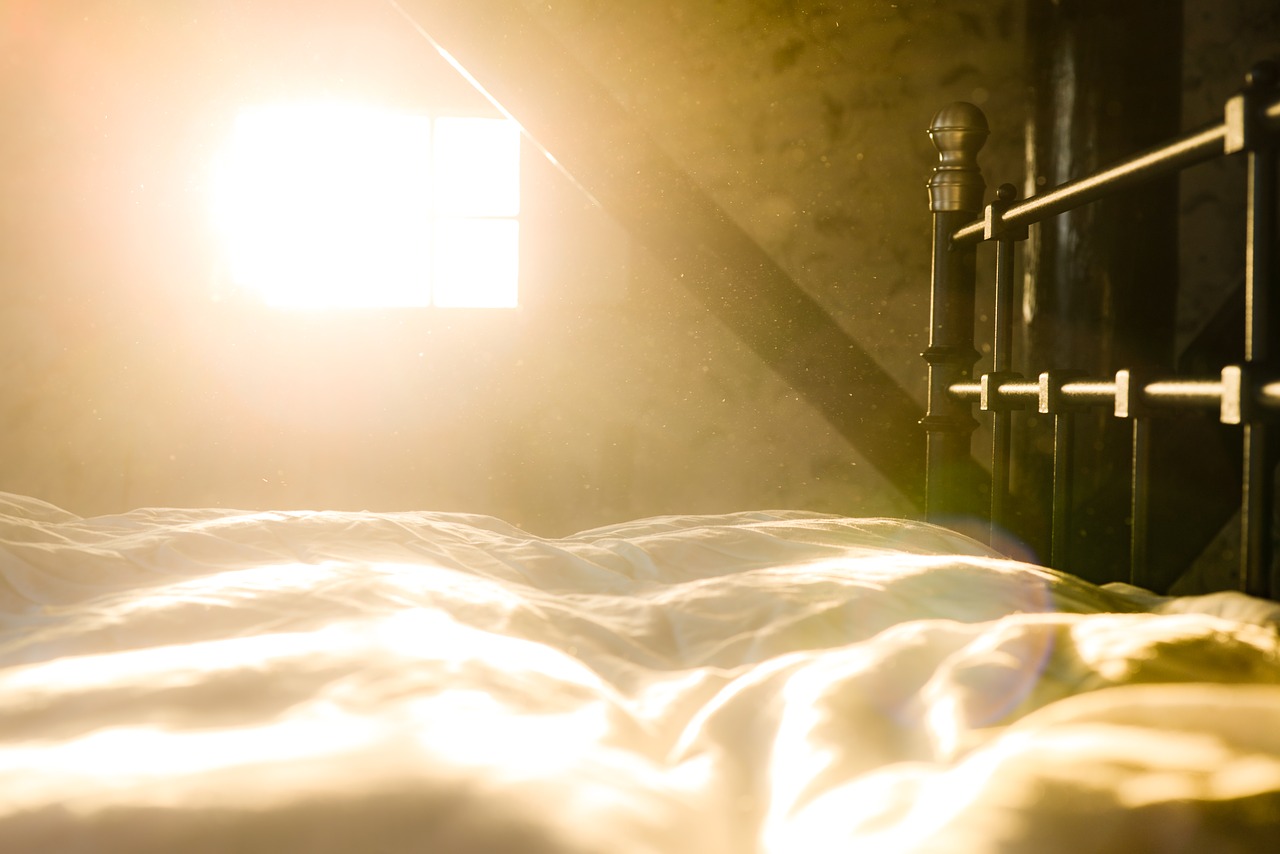 If your bedroom has been a little bit messy of late and you know it’s been getting your husband down, you should be as quiet as possible as you clean it up before he wakes up.

Then, when he wakes up to a remarkably clutter-free room, he won’t be able to thank you enough. A cleanroom is the first step to a clean, refreshed mind.

2. Give Him A Striptease

What do men expect when they first wake up? Normally, they know they have to summon the strength to get out of bed (boo!), before checking their emails to make sure their boss doesn’t want them to work early. Then they wearily head downstairs (while yawning) to make a cup of coffee, before showering and heading to work.

It’s the monotony that kills their spirit. So break the monotony by giving your husband a sexy morning striptease!

This is certainly something any guy will appreciate. Indulge his fantasies by first slipping into a costume you know he loves.

3. Read Him Some Inspiring Quotes

Waking up to inspiring quotes that motivate us is a great way to get our day started. It puts us in the right mood to tackle the challenges that are ahead of us.

If your husband has been feeling a bit down recently and stressed because of work, you should read him some inspiring quotes when he wakes up. This will put him into a positive mindset straight away and remind him that all adversity can be overcome.

4. Give Him A Surprise

Everyone loves surprises. We, girls, love surprises, but guys love surprises just as much. So why not surprise your husband first thing in the morning?!

A great way to make your man happy early in the day is to present him with a surprise as he wakes up. This could be a gift such as a video game or tickets to a sports event that you know he’s been dying to go to.

Waking up to a surprise is a surefire way to make anyone smile.

5. Leave Him A Love Letter

If you have to head out of the house before he’s even opened his eyes, you could leave him a love note that reminds him how much you love him. When he wakes up, your heartfelt note will be the first thing that he sees, and it will put him in a fantastic mood!

Hope these will help you.