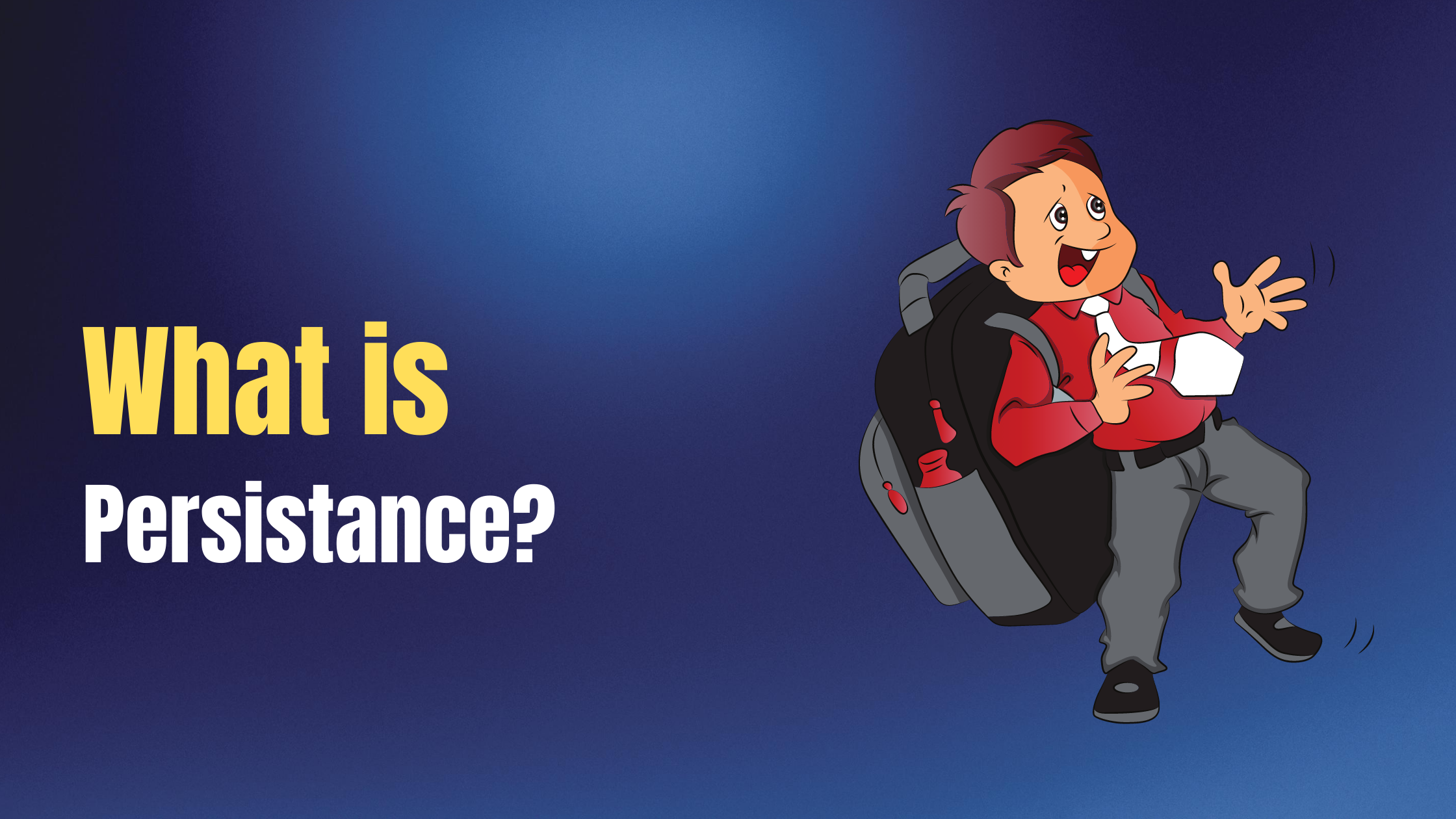 This is an interesting question, so let me start by defining what I mean when I say ‘persistence’. In this case, persistence is the ability to continue existing despite any change.

So why do we need persistence? It seems that anything, in reality, should never be permanent. If something exists or happens at one time and not another time (which it must), then it’s changing and therefore cannot be persistent.

Why does everything have to change? Because of entropy, which means energy dispersal. This is a fundamental law of physics on the macroscopic scale: “In all natural processes there occurs degradation of useful or free energy from more useful forms into less useful ones”. As far as I know, this has been verified for every process known: chemical reactions, nuclear decay etc.. So if everything changes because of entropy then whatever isn’t changing can’t exist! However, you could argue that some things are stable but they would still be subject to entropic decay over time such as a rock will slowly break down unless protected by its environment against water erosion and other forces.

However, we don’t just want objects to persist temporarily – we also want them to persist permanently without being disassembled through wear-and-tear from external sources like wind erosion or atomic decay.

So the question still remains, how can we have things that persist without being subject to entropy? The answer lies in using energy itself.

Energy is a very special type of object because it can be transformed into any other form of energy, but never disassembled. So if we have an object made out of energy that persists indefinitely then the persistence problem would seem to be solved.

There are two types of energy: potential and kinetic. Potential energy is the stored power to do work, while kinetic energy is the motion of an object. Any time a moving object comes into contact with something it transfers some of its kinetic energy (motion) into another object, which then becomes stationary as a result. Objects and substances can be made from any combination of potential or kinetic energies.

This leads me to the conclusion that an object can be made out of any combination of potential or kinetic energy, but never both. So then if we say a rock is 100% mass/matter and 0% energy, then it will eventually disintegrate into simple atoms or subatomic particles (which are 99.99999…% space). Likewise, water is also 100% mass/matter but has some potential energy because its molecules have movement due to temperature differences.

The only way to have an object that persists forever is to turn all of its mass/matter into energy, which is impossible. The only thing I know of that can be 100% energy and never dissipate is the laws of nature themselves.